The Role of The Belts 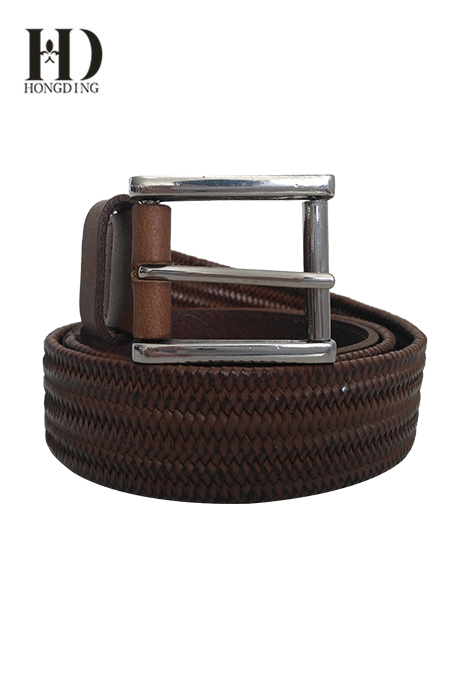 Hongding is a professional Custom leather belt manufacturer in China, mainly producing Leather belts, woven belts, wallets, backpacks and other leather products. We all use belts in our lives, so what is it?

The role of the belt

Most of the clothing in early China did not use buttons, only a few small straps were sewn on the placket to tie the knots. The name of this small strap was called "衿". "Shuowen·Department": "Yu, clothing is also." Duan Yucai's note: "The belt of the united garment. Today people use copper buttons, not ancient ones." This is the case. In order to prevent the clothes from falling apart, people wear a large belt around their waists. This large belt is called a belt. Although it has the same name as the belt used to tie trousers today, it has different functions.

Because of the special function of the belt, the ancients attached great importance to it. Whether in official or casual clothes, a belt must be tied around the waist. Over time, the belt has become an indispensable accessory in clothing, especially in courtesy, it is indispensable. "Southern History·Liu Qin Biography": "(Jun) Fang's track is upright,... Brother Zhunye called next door? Qin didn't answer, Fang got out of bed, dressed and stood up, and then answered. Wei blamed it for a long time, and Jin said: "Xiang Shu belt has not finished , Its stand operation is like this. "Even if the brothers meet at night and say a few words, they must dress up and tie, otherwise they will feel impolite. The ancients' emphasis on etiquette can be seen from this. This is especially true between monarchs and ministers. According to Ouyang Xiu's "Return to Field" It is recorded that Song Taizong summoned Taogu at night. Guzhi, when he saw the emperor, stood up, but refused to go in. Taizong immediately realized that this was because he did not have a belt, so he ordered the left and right robes and hurriedly put them on. Tao Gu see The emperor put on a belt and then went in. At the time, it seemed that the emperor summoned his courtiers without wearing a belt, and it was also a rude behavior, so he could not perform the courtesy of the emperor with him.

If you are looking for Custom leather belt manufacturers, please contact us, the products are of good quality, affordable, and 100% customer satisfaction.