Leather braiding is an age-old skill that has been used for millennia to both meet functional needs and satisfy aesthetic needs. Leather belts with braided patterns are ideal for both functions, seamlessly fusing fashion and utility. A braided belt, which bridges the gap between traditional, sophisticated, and contemporary, useful fashion, is made by meticulously tying together long strips of soft leather. The 15 belt braiding techniques are as follows: 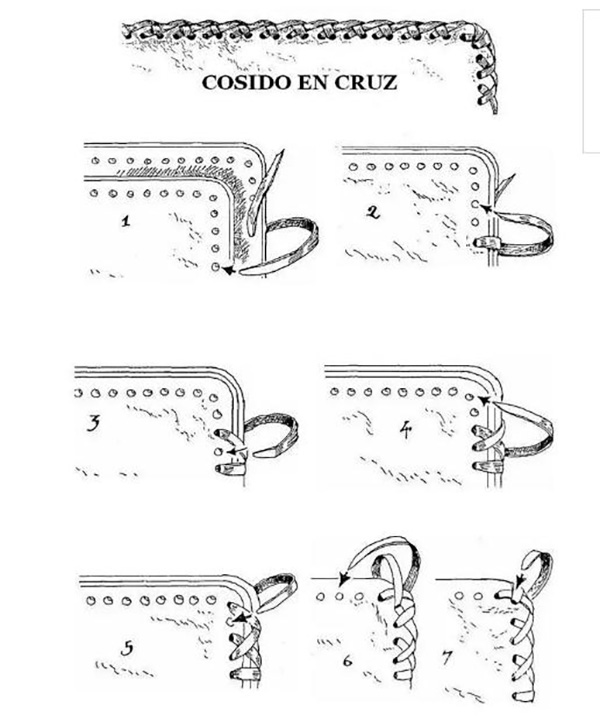 Two diagonal stitches through pre-punched holes in the leather form a cross-stitch. It is easy to make because each X is made by simply repeating two diagonal stitches. Two stitches—a top stitch and a bottom stitch—run diagonally between the four holes of an evenweave square to form it. To cross stitch your belt, simply follow the directions in the image above.

The initial two holes of the stitch were sewn using an alternating motion while traveling in a single direction. The diagonal is then formed up and down by moving it backward in the same alternation motion. Till all of the holes are filled, keep repeating the movements. 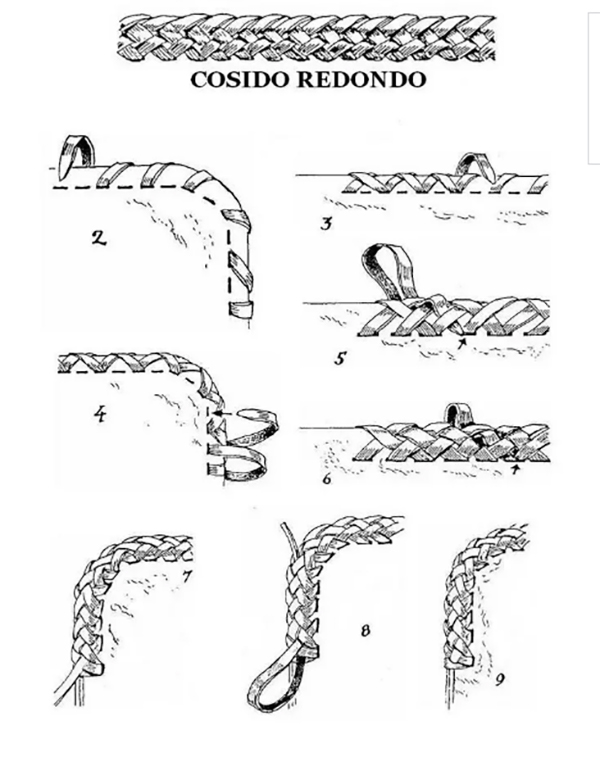 A simple stitching technique known as the sewn stitch comprises unilaterally moving one stitch forward through the hole and another stitch backward, covering it. The steps taken during a sewing stitch are shown in the image above. Repeat the motion until no more space is visible on the leather. 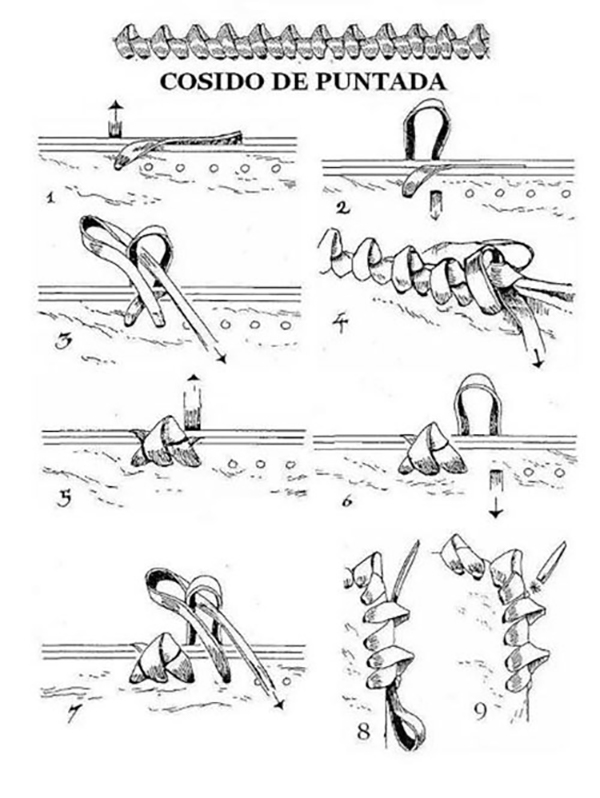 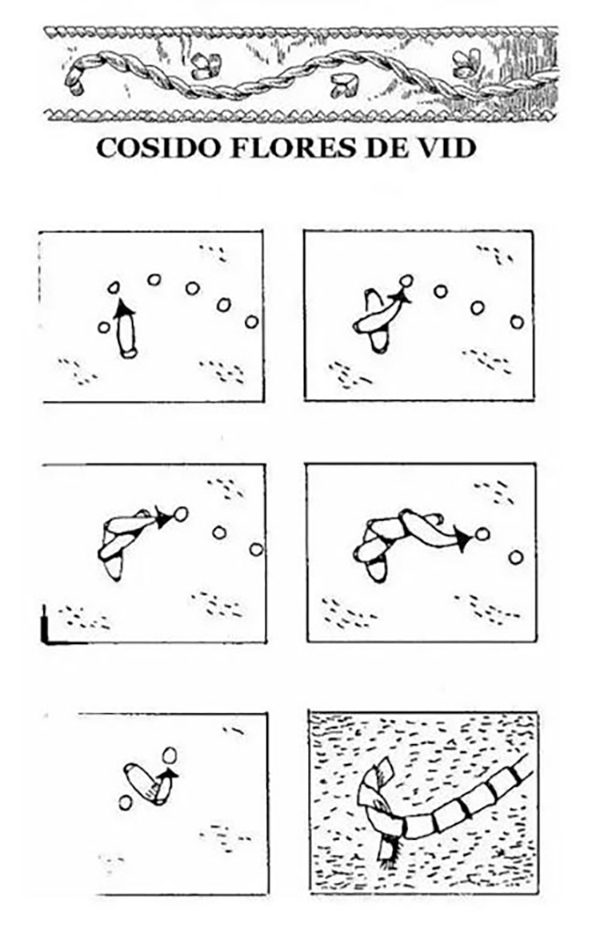 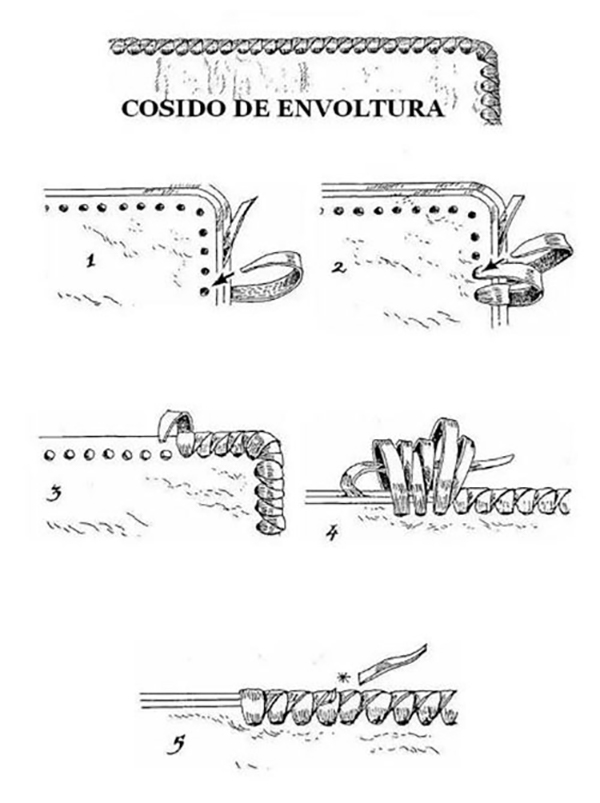 It resembles sewing, but instead of sewing through the holes to ensure there is no open space, and the stitches are wrapped around the leather. At the belt's edge, the wrapping is finished. A straightforward sewing wrap technique is seen in the image above. 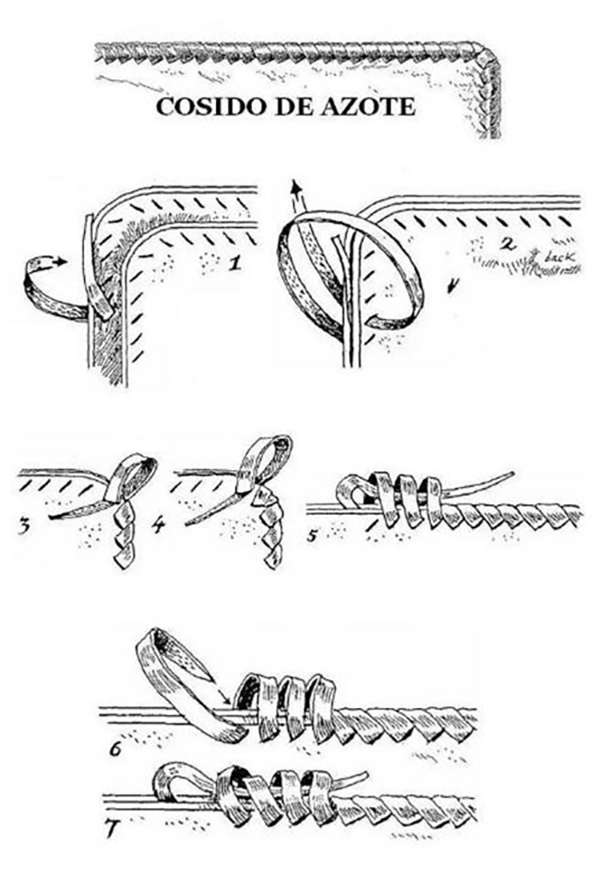 It is a straightforward stitch technique used in braiding, crocheting, and knitting. To circle the edges of the leather, stitches are passed in and out of the leather. Always be careful to align the holes during whip stitching so that the stitches will go in the same direction. As you stack, place a seam in the middle of each hole. If you are a left-handed person, stitch from right to left, but if you'd rather, you can also stitch from left to right. 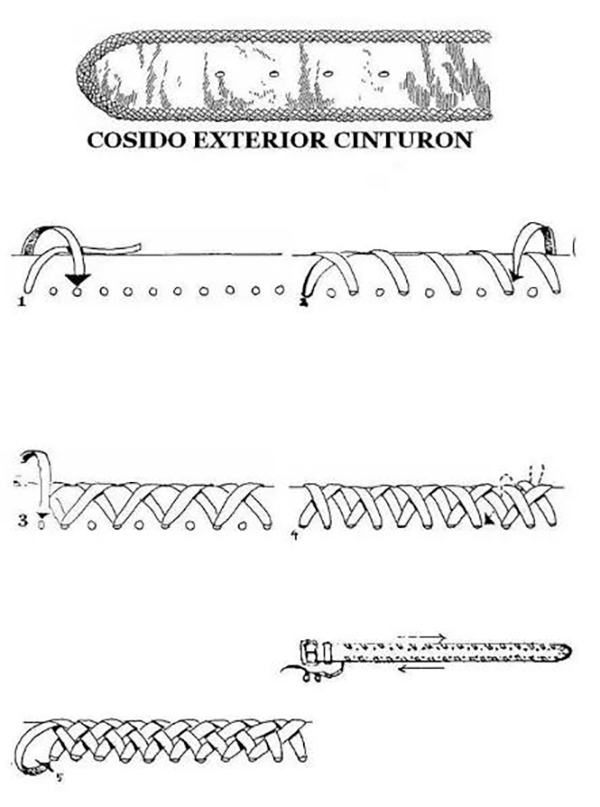 Exterior stitching involves stitching of the belt starting with two stitches with one overlapping the other and the two moving simultaneously. The stitching is done from right to the left as indicated in the image above. The image illustrates a leather belt with exterior stitches. 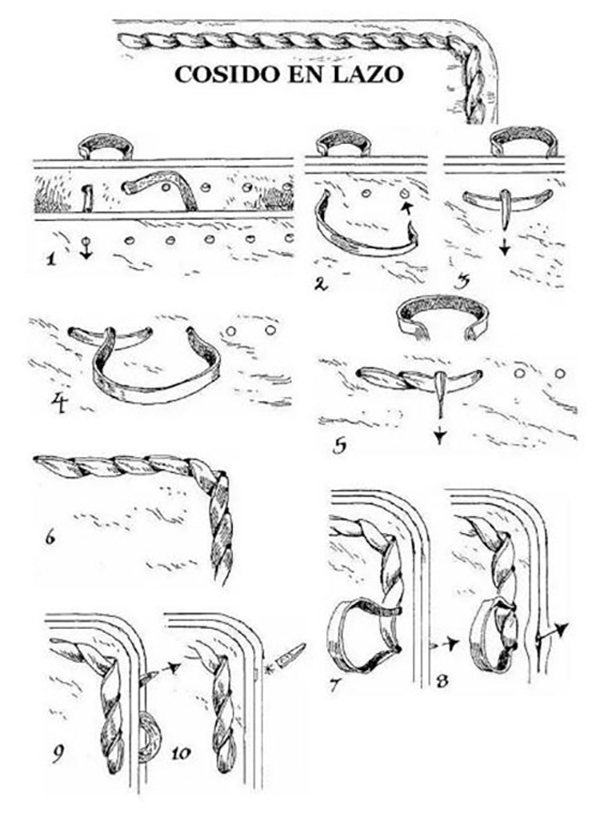 This is another belt braiding method involving stitching the outer edge of the belt. The image above shows how you can use the stitched outer belt method, although it is quite complicated. Unlike other methods of stitching, the stitches are made outside the belt. 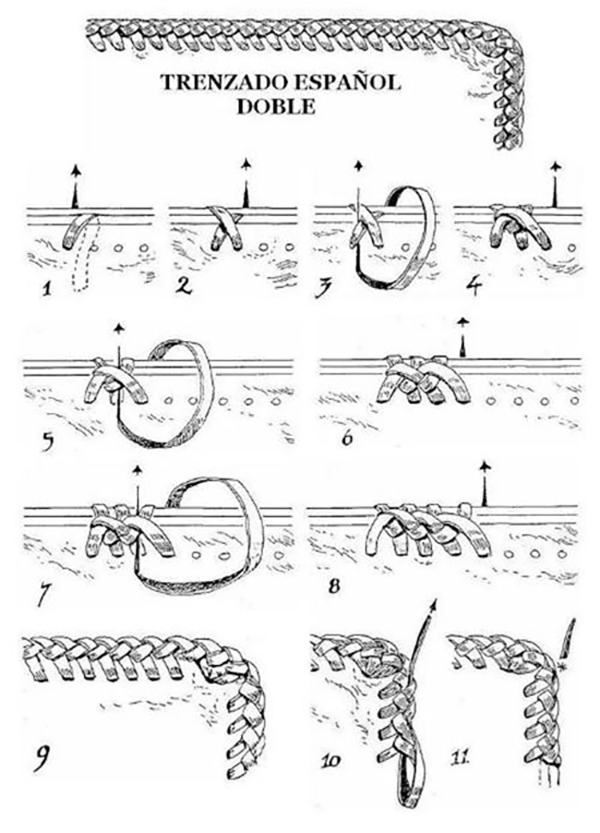 It involves the use of double stitches as shown in the image above. Follow the steps above to practice double Spanish braided. 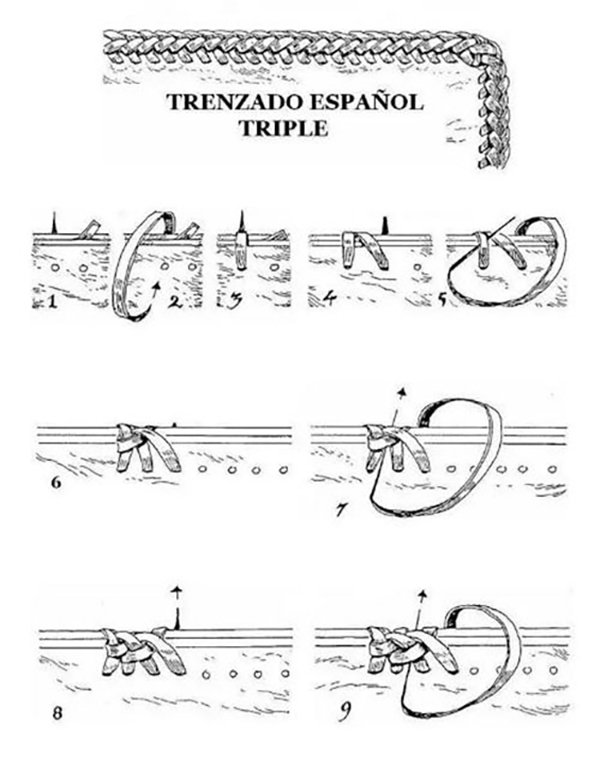 Three stitches divide the braid into three equal portions for a triple-braided braid. You will end up with three equal braids after each part is braided into a basic braid. The three braids are then combined into one. The triple-braided technique is demonstrated in the image above. 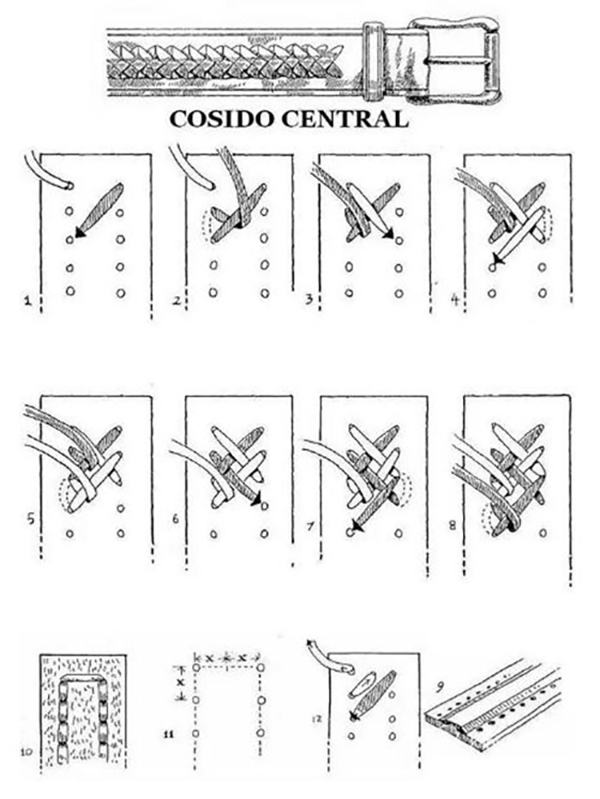 A straightforward leather belt is given a sophisticated finishing touch by the central stitching, which is done at the center rather than the edge, as is the case with other belt braiding techniques. It is frequently worn with casual clothing and is ideal for jeans and chinos. The graphic seen above shows an illustration of this approach. To practice central stitching, adhere to the instructions. As shown in the image below, it is possible to utilize identical or complementary colors for your stitching. 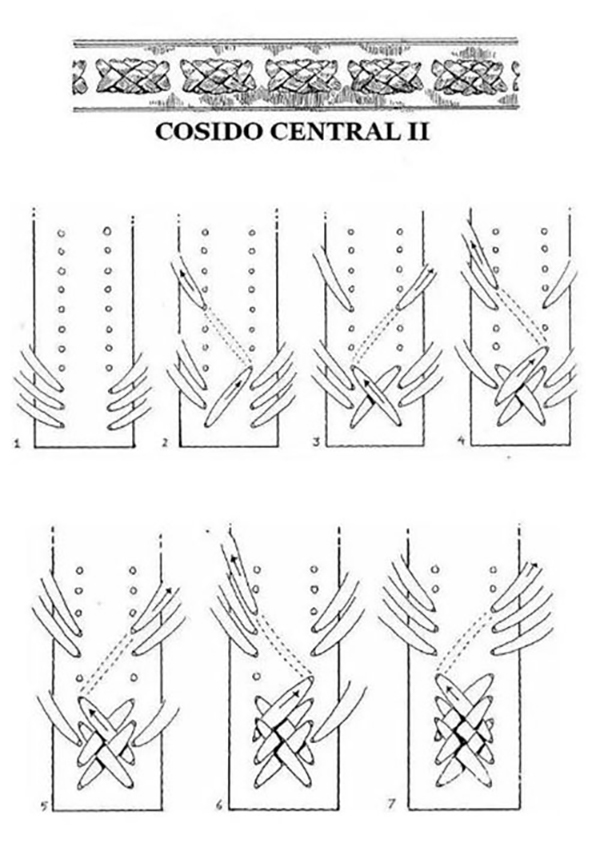 It is another form of central stitching that involves the use of the same color of stitches. The process is identical to the one described above but it differs in the knots formed. 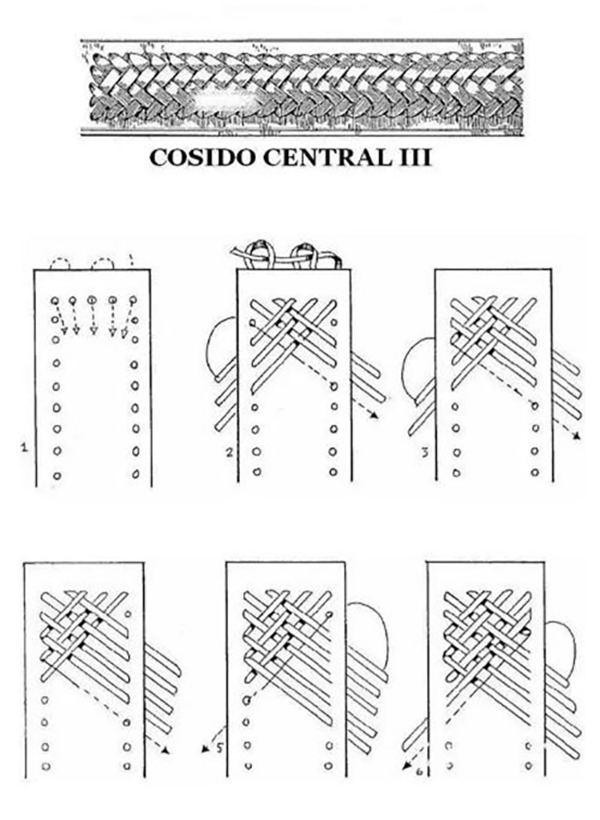 It is the third type of central stitching and it involves more stitches and knots compare to I and II. 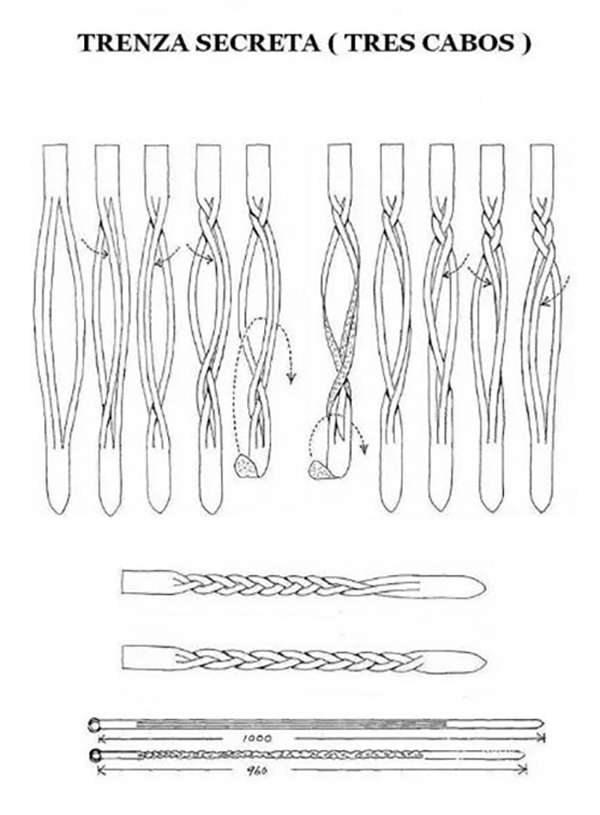 This method of belt braiding is complex, and it involves the use of three capes, as indicated above. Three longitudinal capes will be braided together until there is no space remaining. Check the image above to have an idea of how it looks like. 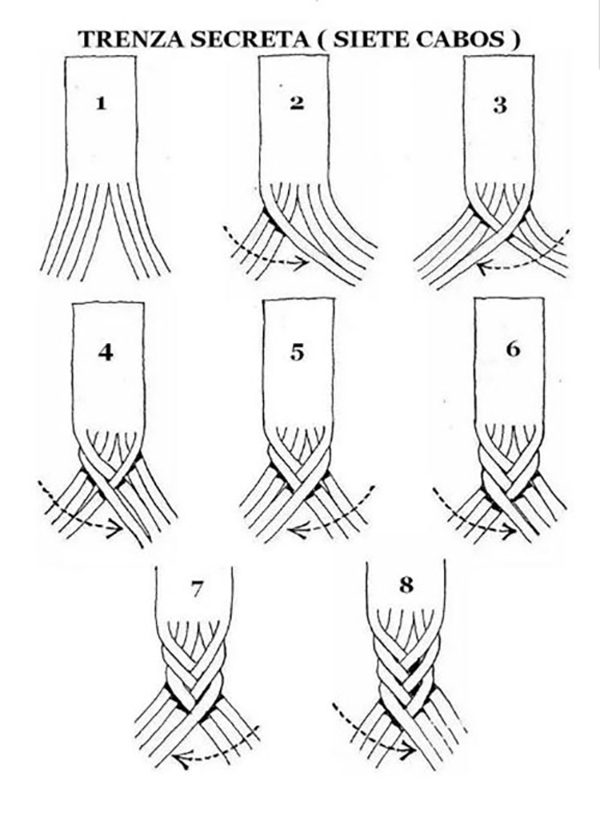 This is also similar to the braiding method above however; the difference is that it involves the use of seven capes instead of three capes like the one above. 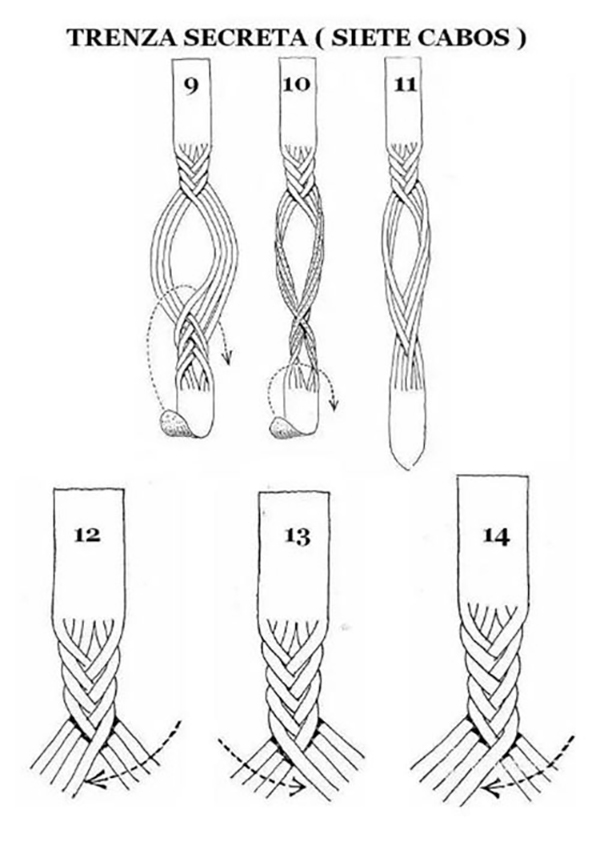 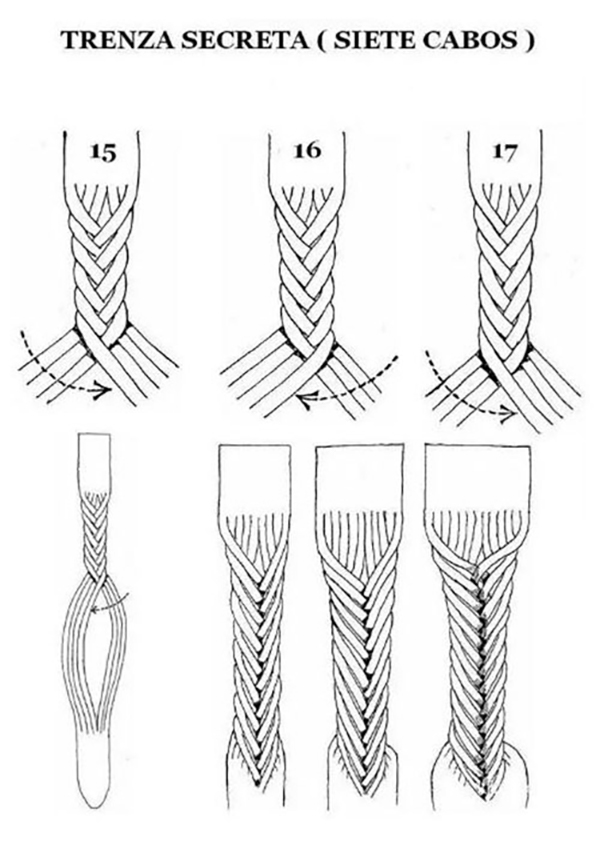 Apart from the quality of a leather belt, people consider the belt's finishing, which includes braids. Fifteen methods are explained above, and each braided belt is available at different companies based on leather products. Some braided belts only go with a specific type of clothes; thus, ensure to always go for the right choice of a belt when buying.

You can get the different braided belts at Dongguan Hong Ding Leather Co. LTD, which specializes in leather products like belts and bags. It is among the leading companies in leather processing technology and leather products. It offers quality services and the customer support are available at all time to respond to customers.