The fashion industry keeps improving with the manufacturing of accessories. The belt is among the accessories that have existed for a long time. Apart from holding pants, belts also portray the character of an individual. Leather is the main material for producing belts, which are available in different styles and quality.

Leather belts are produced such that each goes with different occasions and clothing. There are belts created mainly for casual wear and some for formal dressings. Many factors contribute to manufacturing different belts. You will get to know the fifteen different types of leather belts in this guide.

As stated earlier, the quality of leather used in manufacturing belts differs, although leather is a common material. In classifying the types of leather belts, one of the factors considered is the origin of the leather and its quality. The quality of the leather differs because of its origin since the hide can be sourced from different animals. Thus, the difference in the cost of the belt is a result of the difference in quality.

However, regardless of each leather belt's quality, it can sustain you for a long time when maintained. Unlike some materials, leather still looks good after aging. Below are the fourteen types of belts differentiated based on origin, quality, and finishes.

Cowhide or bovine is the primary source of leather, and many products have been made with it. The leather is obtained from cattle or calf's skin, and In terms of softness and elegance, calfskin is better. Goat, pig, and bison are other leather sources good for making different leather products. The leather for making gloves is obtained from the skin of the Kid, whereas the skin of the pig is not good for making belts because it is extremely soft and pliable. 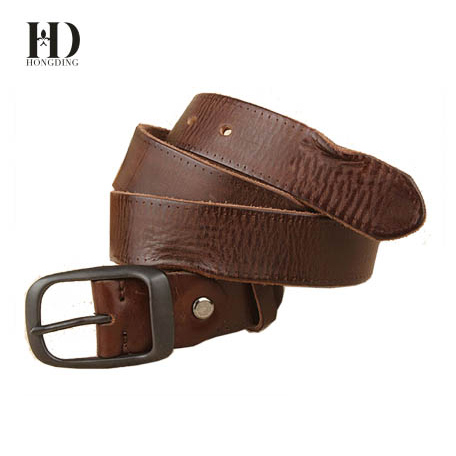 After obtaining the animal's hide, removing the delicate underside forms the leather used in making suede belts. This type of belt is categorized based on its usually napped finish. The skin of the lamb, pig, and deer is the source of this leather. When not properly taken care of, Suede belts damage easily; thus, they are reserved for special occasions or events. If you wear such belts every day, they will not last long. Due to the thinness of the leather, the leather covering the belts made from it mostly contains a layer.

Leather from cowhide is mostly used because of the ease of obtaining it, unlike other animals whose leather is used in making exotic leather belts. These leather are costlier, have high textures, and arrest the eye. Whenever you own these belts, you make a statement since it is a luxury not everyone can afford. Some animals from which this kind of leather is obtained are crocodiles, snakes, alligators, ostrich, and lizards.

In terms of quality, full-grain leather is the best leather for making belts. It is the natural leather from the hide of the animal without it being retouched. Thus, marking, hair patterns, and grain are seen on it. The processing of the hide is minimal, and the leather is the strongest and most high-end layer. When you obtain this type of belt, it will serve you for a long time due to its durability and broadness. However, these belts are used together with casual dresses because of the special visible markings of the cowhide it contains.

The split leather is used in making belts for those that cannot afford the luxurious ones and has the third-highest quality. The quality of the leather is poor and cheap, although it resembles top-grain leather after finishing and embossing but with lesser strength. 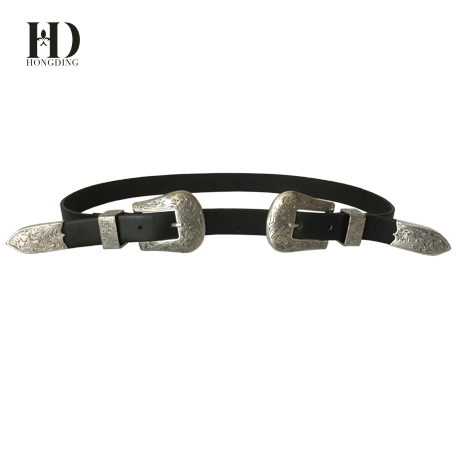 Unlike the other type of leather, leather is not obtained directly from the animal's skin. Instead, it is made by bonding or gluing scraps of leather or leftovers together; thus, the reason for its other name, "reconstituted leather." After bonding the scraps, it undergoes treatment and printing to make it resemble good-quality leather.

Sometimes, top-grain leather is used to cover it, forming a thin layer. Since the bonded leather belt lacks fabric and synthetic material, labeling genuine leather is not wrong. The quality of the leather is poor, inexpensive, and short-lived. These belts are not suitable as wardrobe investments, but they are good as fashion accessories for single-season.

These are faux leather belts because the leather only resembles real leather, but in a real sense, it is not obtained from the hide of animals. It is also called vegan leather, and make no mistake; the leather is used to represent how leather looks, not to deceive the buyers. Unlike genuine leather, the durability and cost of vegan leather are lesser.

The categorization of this kind of leather is based on the finishing. It includes stamping the leather with a design and highlighting the pattern by staining. The belts made with this leather are usually one of a kind since the work is done with the hand. There is an addition of arty touch and Bohemian to the clothes worn alongside the belt.

Beautiful patterns are used in decorating some belts by embroidery and stitching. Such belts are known as the stitched or embroidered leather belts, the stitches mostly for men, and the embroidery for women. Like the tooled beat, they are one of a kind; sometimes, the hand is used to make these patterns. 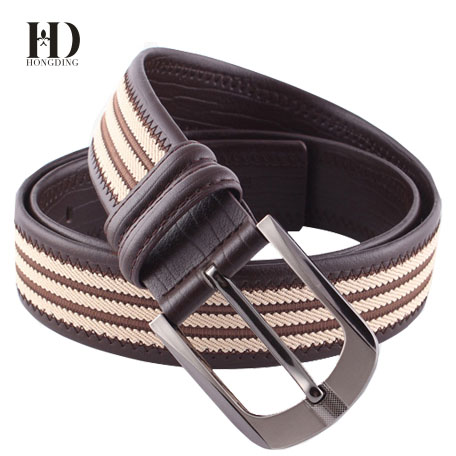 Belts for casual wear also have finishes done by topstitching a pattern. The stitched belts are the ones having white color stitched on the brown belts. A pattern is often produced when stitched and gives the belts different colors.

Using a product to finish metallic leather, it becomes reflecting, shiny, and resembles metal. Mostly women are the users of these types of belts basically for fashion. 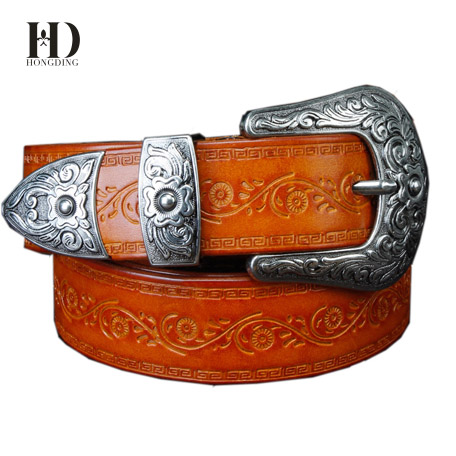 The belt that goes best for casual clothes is the distressed or antique leather belt, which looks like it is old after undergoing treatment.

You wear different belts and clothes, and the occasion will determine the type you should buy. The belts worn together with formal clothes for formal occasions differ from casual wear. Select the type of leather belts that goes with your outfit from the options discussed above.